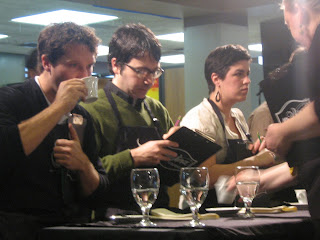 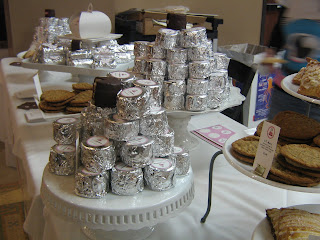 Each contestant has 15 minutes to make an espresso, a cappuccino, and their own signature creation for each the four seated judges, who were vigoursly taking notes during the "performance" while 3 other judges hovered over them, checking their tamping technique, among other things. Each barista tells the judges about their choice of coffee and milk, describing the nuances much like a fine wine. The afternoon proved to be entertaining and informative. 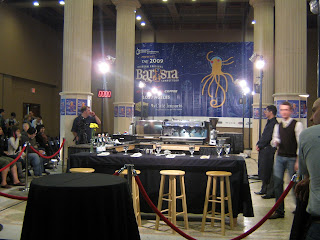 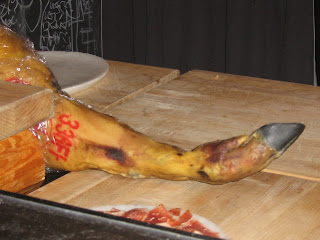 I attended a press conference for LA's second annual Dine LA Restaurant week. This year's conference was bigger and better than last year's. It was held at the new SLS Hotel, with a reception in Jose Andres' The Bazaar restaurant. go see the hotel and restuarant yourself - I cannot even begin to describe the cool, outlandish decor. There were several chef's present, all in their chef whites (and blacks) such as Mary Sue Milikin, Kerry Simon, Fred Eric, Evan Kleiman, Todd Barrie, Ben Ford, Celestino Drago, and Katzuto Matsusaka of Beacon, who approached my Gaditano boyfriend thinking he knew him (he must think all Spaniards look alike). I did use Luis to my advantage - he approached Jose Andres and chatted him up in Spanish and asked him to pose for this photo. 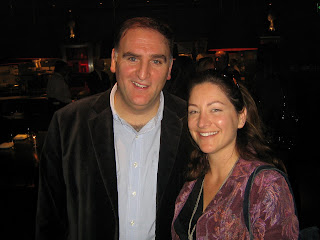 The food passed around was exquisite. We had crab with raspberry sauce, 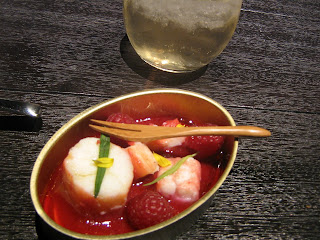 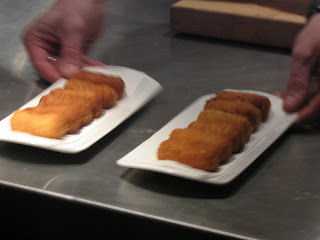 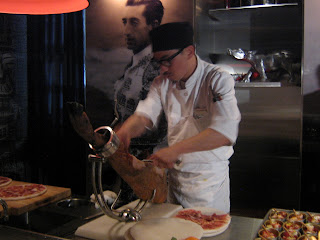 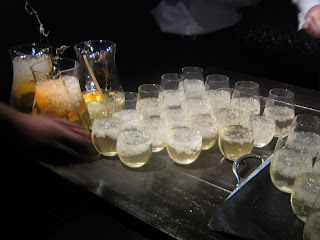 Jose Andres' version of a Philly cheese steak, and El Bulli's famous "olives" that burst pure liquid olive into your mouth when you break the delicate skin holding it together. 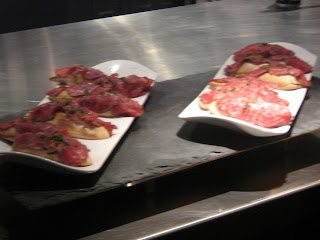 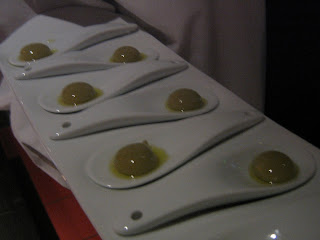 Restaurant week is from January 25-30, and February 1-6. Prix fixe lunches and dinners, many of which are steals compared to their normal menus. Bigger and better than last year, I cannot wait for my Bazaar reservation to roll around.
Posted by triplecreme at 6:14 PM No comments: 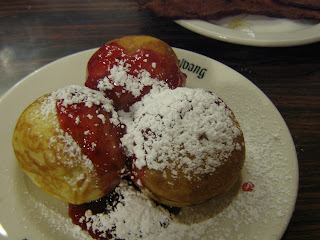 For breakfast, while in Solvang, one has to get some aebleskivers! Denmarks answer to a beignet - kind of like a pancake ball, and a little dense like a doughnut, and not very sweet on its own. Doused in raspberry jam and powdered sugar, three of these (and a side a bacon), we were ready for the drive home. 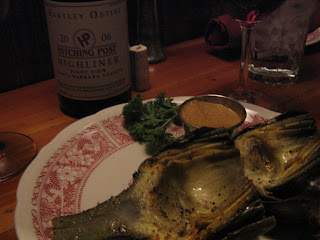 Last Saturday, on a chilly night in Buellton (30 degrees by the time we left the restaurant), my Gaditano and I trekked from our motel room to the Hitching Post. The place was packed, and we had no reservation, but we lucked out big time when we walked up to the bar right as two patrons were leaving. We ordered up a bottle of their Highliner Pinot Noir (the best wine we had on the trip), shared a grilled artichoke, then a steak, fries, salad and corn chowder. Very cozy and old fashioned, and very good. A perfect way to end the day. 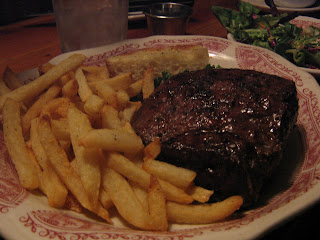 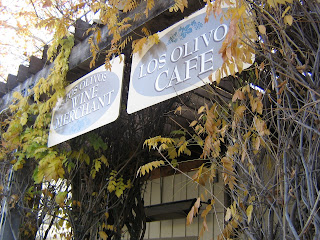 My Gaditano and I spent a nice, relaxing weekend in Santa Ynez wine country. We visited a couple wineries, walked through Los Olivos and Solvang, we even stayed in the Days Inn and had dinner at the nearby Hitching Post, a la Sideways. For lunch, we ate at the Los Olivos Wine Merchant Cafe, in super-cute Los Olivos. They started us off with some bread and a chimichurri like sauce, then we shared a caeser salad with pine nuts, and then a pizza with fontina, mushrooms and spinach. Very satisfying and enjoyable - a good base for wine tasting. 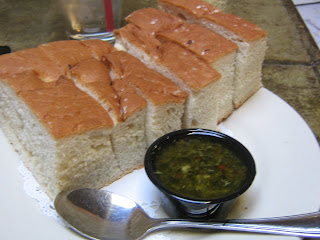 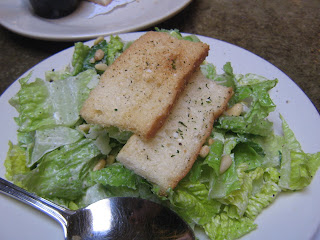 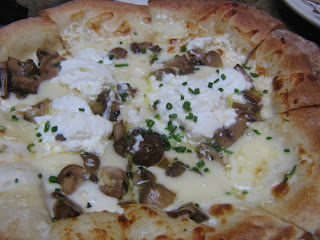