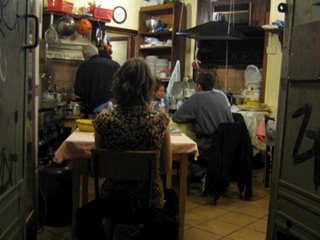 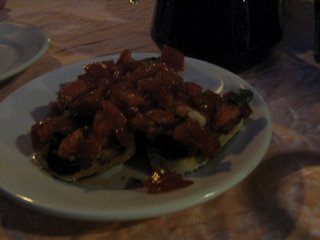 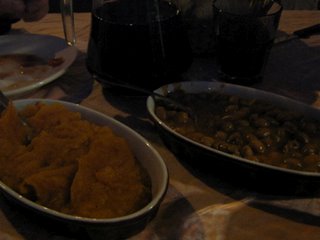 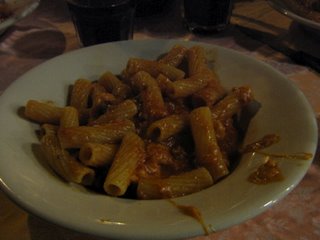 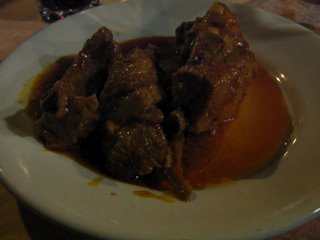 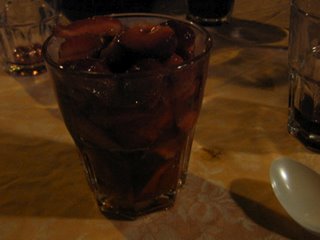 Here are some shots of produce from the famous Roman outdoor market. 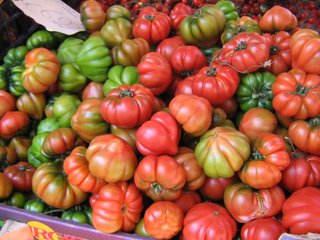 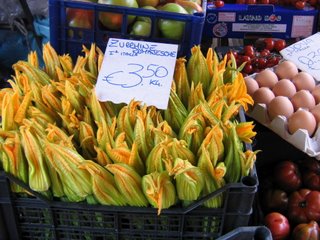 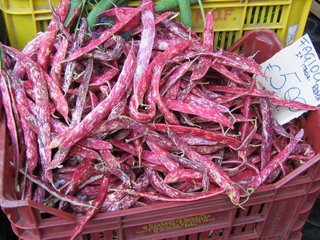 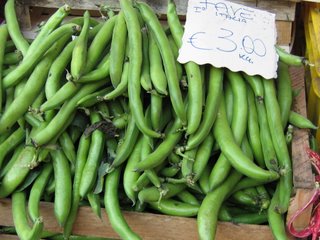 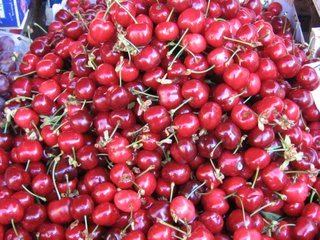 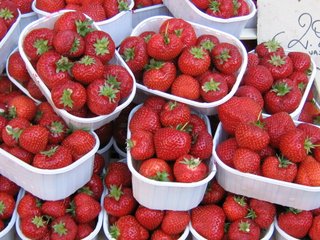 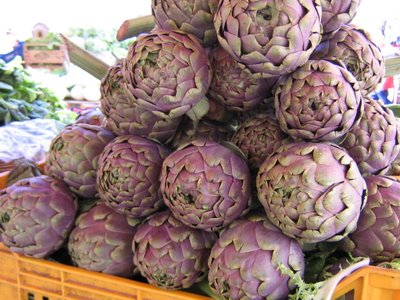 Aahh...The Land of Artichokes. Artichokes were on every menu in Rome; Carciofi alla Romana or Carciofi alla Giudia. Roman style artichokes are trimmed, stem left on, and steamed into submission. They are borderline mushy, but in an enjoyable way. You eat everything - all the leaves and the choke. We usually steam them enough so they are tender, but only scrape the leaves with our teeth and tossing the rest of the leaf. Jewish style artichokes are steamed, and then fried in oil (no batter), somewhat resembling one of those sliced and fried whole onions you can find at restaurants like Chili's. They are fried twice, the second frying making the leaves spread out, like a flower. The crispy fried leaves are like eating little artichoke chips, while the heart inside remains nice and soft. I have made Roman style artichokes since my return, if you are inclined to try it at home, I have only one tip: just when you think they are done steaming, they are not. Give them another 15min. 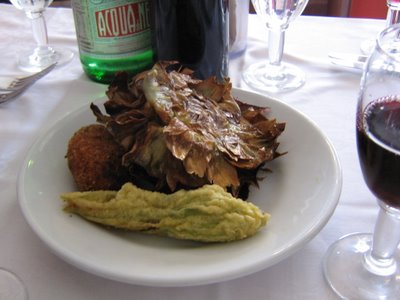 Carciofi alla Giudia, along with a fried zucchini blossom stuffed with cheese and anchovy 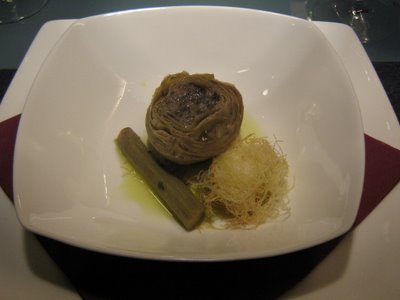 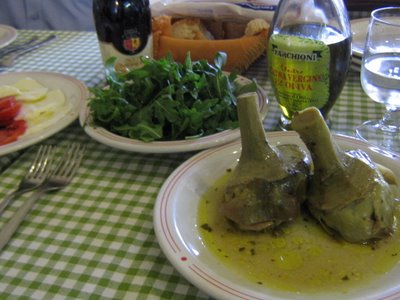 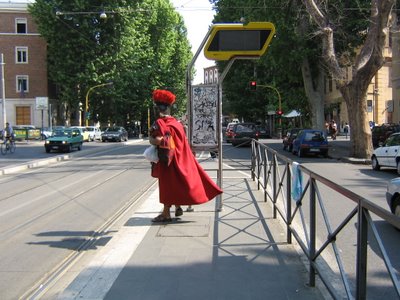 Stay tuned...my Roman adventures are coming soon.
Posted by triplecreme at 8:49 AM 1 comment: